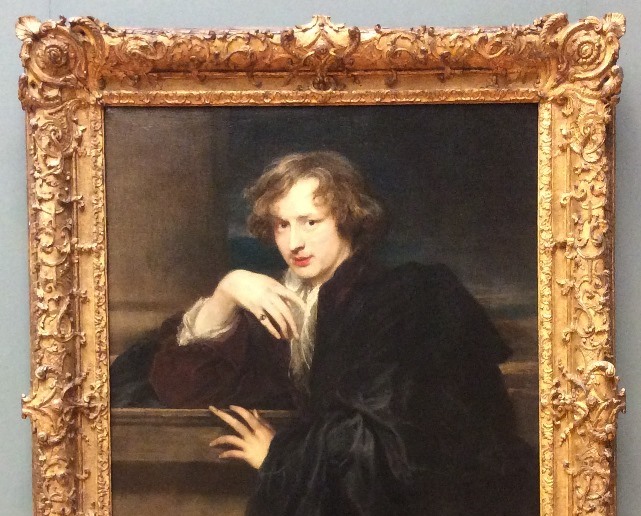 There may be little doubt that the New York painting and the two related portraits should be dated around 1621, but this was a moment of rapid stylistic development in the artist's career, when he went from England back to Antwerp, and then to Italy. Consequently, the chronological order in which the three paintings should be placed has been heavily debated. Although the problem cannot be solved with complete certainty, it has been convincingly argued that the painting in New York preceded that in Saint Petersburg, which replaces the former's nervosity with a more mature, effortlessly imposing version of the composition, and also appears superior in execution. Good, although not conclusive, arguments exist for dating the painting in the Hermitage to Van Dyck's Italian period, possibly as late as 1622–23. The original version of the Munich painting, which was probably reworked by Van Dyck after his return from Italy to include the gold chain given to him by the Duke of Mantua in 1622, showed his right hand in the same position as in the New York picture. The painting in Munich - at least its initial version - must thus have preceded the painting in Saint Petersburg as well, but whether it was started as the life sketch on which the later self-portraits were based, as has been argued, remains unclear.  Gustav Glück thought that the three versions could go back to a lost sketch (undoubtedly one in oil, not in chalk), but the comparatively small size of the Munich painting, which was originally even smaller and more focused on the head alone, offers an argument in favor of considering it the primary version, despite its present, smoothly finished state, which is probably the result, as mentioned above, of a later intervention by Van Dyck.